One Does It in Public

How did you observe I Love Yarn Day?

I am at present in Spain, on the hunt for the perfect paella and–it goes without saying–the perfect saffron yellow. But I pause to share with you the souvenirs of my own celebration.

Here in Chicago we were kissed by the most perfectly crisp, sunny fall weather. Thirty-five of us gathered in the Boeing Gallery of Millennium Park. 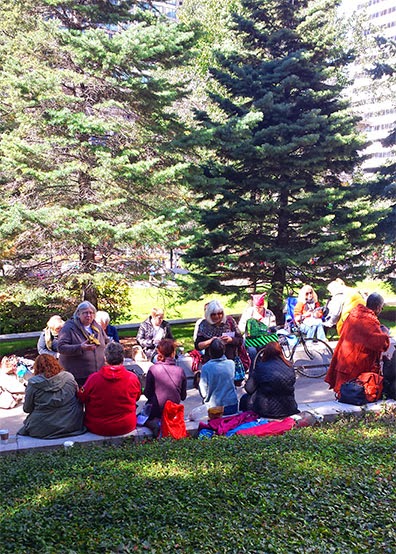 We appeared at first to be no more than an everyday assemblage of visitors until noon sharp, at which moment we caused a spectacle by rising as one and beginning to knit. 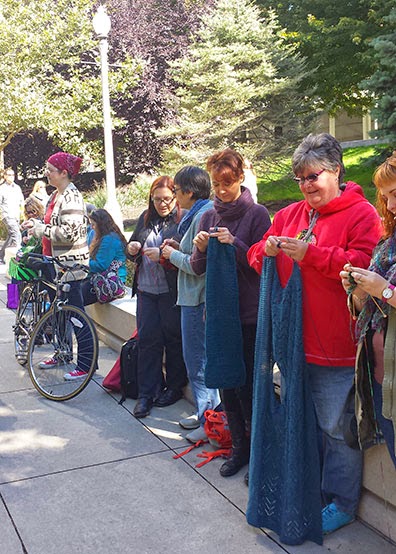 As we'd hoped, this caused more than a little comment and curiosity among passersby. Many were in town for the Chicago Marathon (as was one of our number–Kelly Momsen of Yarnology in Winona, Minnesota).  We were only too delighted, of course, to talk about our passion and lure them to join us. 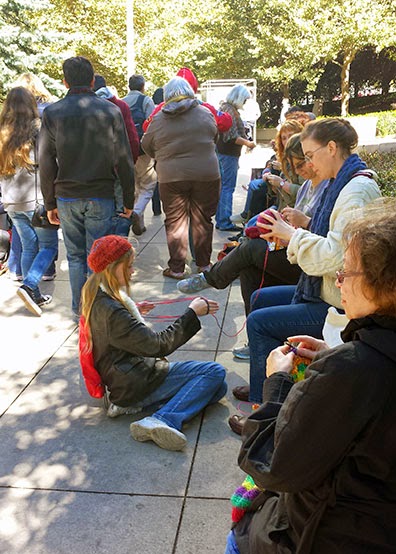 We played a knitting-bag version of "Let's Make a Deal," with prizes of Mrs. Crosby and Lorna's Laces yarns given to those who were first to produce a blue stitch marker, and a length of dental floss for holding lace lifelines.

Everyone received one of our signature Mrs. Crosby luggage tags. Here is one proudly displayed by
Janet and Gail, sisters from Boston who were among the out-of-town knitters we welcomed into the fold. 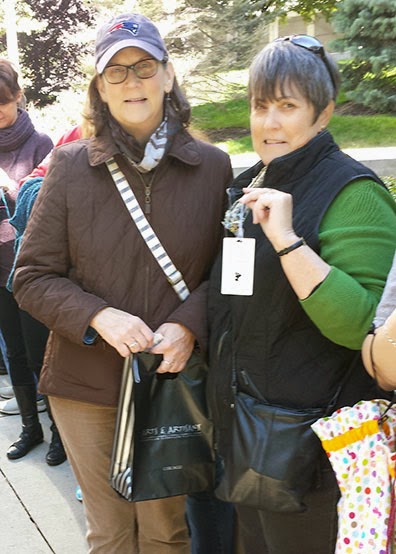 So golden was the day, and the company, that we lingered in the park until fully two in the afternoon.

I do hope to see you next year, whether in my home city or yours. Or perhaps we shall meet in a place foreign to both of us–but we shall become fast friends, bound together by a love of yarn.

Yours Ever,
Mrs. Crosby
Barcelona, Spain

Posted by Mrs. Crosby No comments:

Other Places I Play