The Lure of the Lotus

Can you hear me? I do hope so. Satellite communication can be so quizzical in open water. I write to you today from somewhere in the South Pacific. To say precisely where would be of no import, as we are swiftly on the move after having left Rarotonga well behind. I was sad to leave. The stillness of the Cook Islands has ever been and will ever be my cup of tea when what I want is quietude unbounded.

Do you know the beginning of Tennyson’s “The Lotos-Eaters” ? Wherein the drifting sailors roll shoreward and

In the afternoon they came unto a land
In which it seemed always afternoon.
All round the coast the languid air did swoon,
Breathing like one that hath a weary dream.

Well, darlings, there in a coconut shell you have a week in Rarotonga. 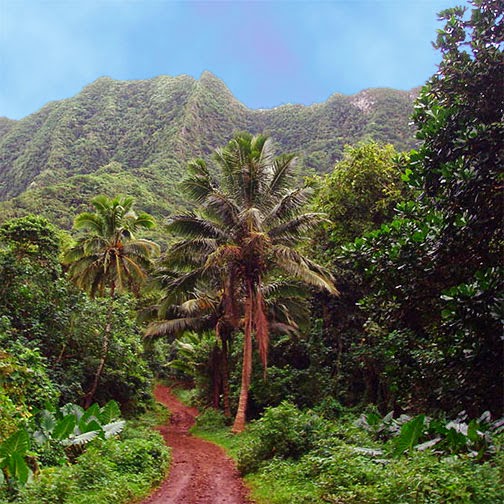 Not that I often long for complete idleness, mind you.  My hands are restless even when the rest of me is still. On our verandah in the early evenings I found myself feebly (but happily) imitating the floribundance of nature in strings of little crochet flowers. 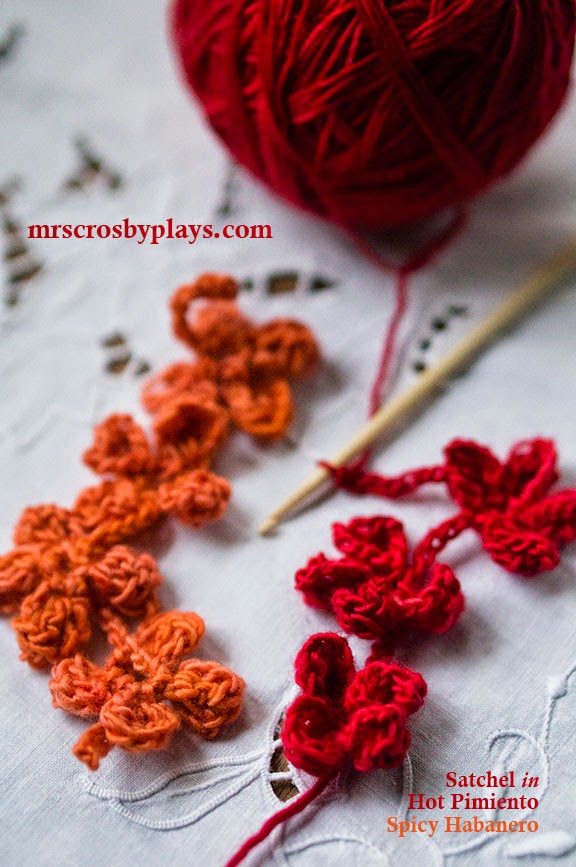 The skipper indicates that I shall soon be called upon to help dish up the lunch, so without further ado let us gaze with admiration upon this month’s champion in our Finished Object contest.

As you likely know, the Newsom pattern by Bristol Ivy was the centerpiece of our first-ever Mrs. Crosby knit-along; and this specimen in Hat Box by Peggy S. carried off the prize for first finished object. She selected Bahama Woodstar (one of our Multis) to do it up, and I must say the effect in this fabric is spot-on. 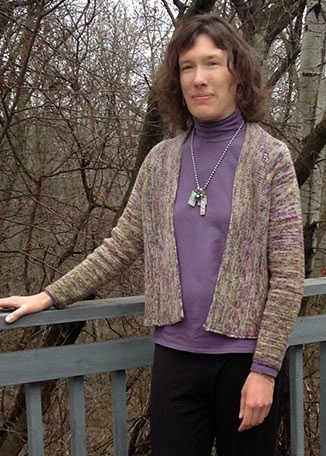 Writes Peggy, “Knitting with Hat Box was a sincere pleasure! It is now my deserted island yarn. I could knit with it for every project after this and be happy. I made this sweater in three weeks and was eager to show it off for Easter.” 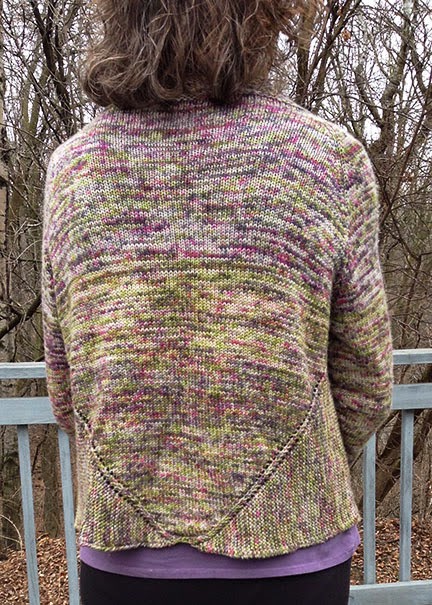 Well done, Peggy. Do be in touch, dear, via frolic@mrscrosbyplays.com to arrange for selection and delivery of your prize skeins.

I hope you will enjoy many more hours of knitting with Hat Box, though not on a deserted island–unless, of course, that’s where you want to be.  Which I could well understand. Ah, Rarotonga! I wonder how quickly one might turn this nimble little boat around?

Until we make land, dear hearts, I sign off and have the pleasure to remain


Mrs. Crosby
Somewhere in the Pacific Ocean,
aboard the Breezy Cardigan
Posted by Mrs. Crosby No comments:

Other Places I Play